Are You Looking For a Plumber in Scottsdale Arizona? Call City Wide Plumbing Today!

Since 1982, City Wide Plumbing has been proud to provide our customers with fast & quality service and expert plumbing technicians!

As an experienced plumbing company in Scottsdale AZ, we offer a comprehensive variety of plumbing services for our customers. Consider us your one-stop plumber, whether you need repair or installation. Our licensed and bonded plumbers have the knowledge and experience needed to handle any project. 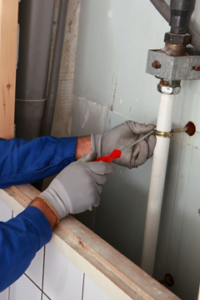 These are just a few of the many plumbing services that we offer:

We’re a local, family-owned and operated plumbing company, and are pleased to offer our services to our neighbors in Scottsdale, Arizona.

You can trust us to do the job right – whether you need residential or commercial plumbing services, anywhere in the entire valley. We’re proud of our YELP reviews and other plumbing reviews! 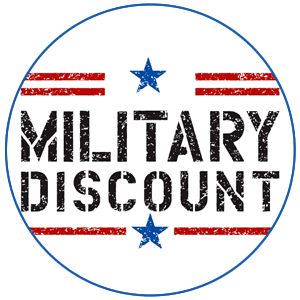 David was awesome! Got the job done in less than 5 minutes! It was a little tricky but David knew exactly what to do! Will definitely be referring everyone I know to City Wide!

I had a wonderful experience today with Robert. I was tight on time, and City Wide arranged for Robert to come out same day. They called when he was on his way, and he showed up promptly on time. He was very friendly and professional, and he gave me an estimate on fixing my leaking toilet. His advice was honest, and the estimate was very reasonable! I was very impressed all around! I will definitely be using Robert for any plumbing needs I have in the future.

I recently bought a house. Out with their under-sink reverse osmosis system and in with my reverse osmosis system. Problem was that their water in spigot was the type that punctures the copper pipe coming in from the wall. So what happens? Their little spigot with no hose on it decides it won't fully close. If it won't close then it will drip. I can't simply take off the spigot because that spigot has punctured the line. so, I called City Wide.

They cut off the old copper pipe with the puncture in it and welded a new piece on as well as a new quarter-turn shutoff valve. It cost me $174 which seems high for a small amount of work, but I think it was worth it. The copper coming from the wall wasn't that long and the hole was close to the wall meaning not much room to cut the pipe off or to weld a new sleeve on.

Could I have done it myself? Sure, but eff that... I would have cursed myself for 4 hours and had to go back to Lowes 14 times... and I probably would have burned myself doing all this.

On a different note... here lately I've been trying to fix things here and there and been calling people trying to set things up. It seems the trend is that people are hard to get a hold of and if you do they don't call back. This place I called, they said they'd have someone out in an hour and they came and did their job.

Having to call a plumber is never fun, but City Wide Plumbing made the situation as pleasant as possible. Prompt, professional, and upfront. Came same day to unclog my kitchen sink. They were even able to come sooner than expected and the pricing was more than fair. David was fantastic. His card is on my bulletin board because he will be who I call if another unfortunate plumbing incident should arise. Thanks for the great service!

Sunday AM. Called at 8:32 and got a call back by Steve at 8:47. Nice! Plumber is out at another job and it's probably going to be 11-12. Cool. Got a call back 15 minutes later... my guy can be there as soon as 9:45 but no rush. I didnt' rush but hustled to get to the rental at 10 and we have a sound assessment and quote on the job by Marshall. A reasonable amount of time later the repair is complete and at exactly the price quoted. What more can you ask for?

Discovered a leak on our water heater around 8pm on a Friday night. Yikes!

Had to shut the water main off and call plumbers. Luckily, I remembered our HOA uses city wide for all plumbing issues. Their office didn't open until 8am the next morning (Saturday), but they had someone here by 10am. Fixed the issue (wasn't the actual water heater itself). Cost $180. Not too bad, I guess. Especially when you need water!