What Is Backflow Prevention

By City Wide Plumbing No Comments

In the simplest terms, backflow prevention maintains the water flow from the water supply lines to your faucets, irrigation lines or hydrants.

It provides a continuous stream of fresh water, and prevents contaminants, such as debris, gases or solids from backing up into your water supply.

Regardless of where your water comes from, a cistern, well or city water plant, you need it to flow in one direction: Clean water comes in, while waste water flows away. The word “backflow” means that the waste water that normally leaves your building is literally flowing back, inadvertently mixing with your clean water. As you can imagine, it’s a sanitation nightmare!

Possible Contaminants in the Drinking Water after a Backflow Assembly Failure 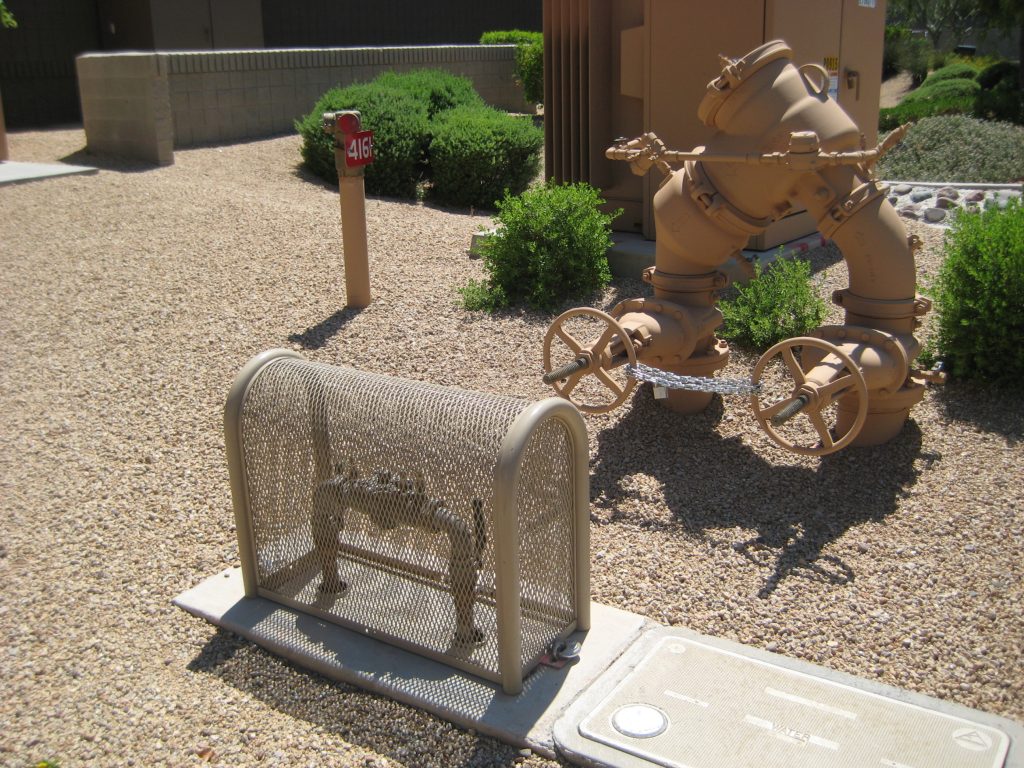 Backflow can happen in any closed system that includes connections that cross or feed into the water line – a fairly common piping architecture. Cross connections are like street intersections, where a main line branches off into smaller supply lines that pipe water into individual businesses, farms or households. While you, your neighbors and nearby commercial and agricultural facilities may share the same main water supply lines, the differing pipe sizes will depend on the water requirements of each facility.

With varying-sized pipes comes a greater reliance on maintaining a pressurized system. That’s where backflow assemblies come into play. They help keep the pressure evenly distributed to ensure that the water flow moves cleanly from your water supplier and exits back to a waste water treatment center.

So what makes a water system backflow? Low water pressure or even higher water pressure on a portion of the system can be enough to trigger a vacuum. This condition can force contaminated water back into the clean water. When a municipality backflow prevention assembly fails, you’ll be asked to boil all of your drinking water for the next 24-48 hours.
Another reason why a system may experience backflow is when a break in the water main occurs. It literally “opens” the closed water system and causes the water pressure to drop. And when the water pressure drops, the water can back flow.

In the event of a fire, where the local fire hydrant is used, is another cause for backflow. Again, the pressure becomes uneven, which can change the flow of contaminated water.
Backflow assemblies act as a one-way gate. When the water flow maintains its pressure, and the water continues to flow in the appropriate direction, the gate remains open. Conversely, the gate will close when it detects a change in the water flow’s direction. It will still allow clean water to flow into your building, such as when you open a tap or flush a toilet, but the gate will close to prevent any waste water backflow from contaminating your clean water supply. You can think of it as a backflow assembly acting like your water flow traffic cop who keeps the water flowing smoothly on its one-way path.

Even though farms and other more remote locations might have their own systems, a backflow prevention assembly is highly recommended. It will prevent contaminated water, such as fertilizers, pesticides and animal waste runoff from contaminating their clean water, and in some areas, a backflow assembly is mandatory.

There are two different types of backflow, and their differences are based on how the backflow begins:

Who needs a backflow assembly?

In Phoenix, every commercial building is required to have a backflow assembly. That’s including but not limited to:

What kinds of backflow prevention assemblies are available?

There are two kinds of backflow preventers, testable and non-testable. Here is a quick rundown of each one:

Testable backflow is tested annually to ensure its continued reliability. Pieces can be cleaned and/or rebuilt as needed and the system can be retested as needed. They’re usually required on the following more critical applications:

FYI: Annual testing is required in medical, restaurant and other commercial businesses that must follow health department mandates. Arizona Backflow Prevention can make sure you stay up to date on testing dates and that your backflow prevention is up to code.

Note: Non-testable backflow units cannot be repaired. They must be replaced, and may have a relatively limited operating life span. This type of backflow protection is used as leak-proofing rather than security measures, and you’ll find them on items like:

Who does backflow testing?

How long will a backflow assembly last?

A typical backflow assembly will last between three to five years. Arizona Backflow Prevention will keep track of the last time your assembly was tested, and even submit certification on your behalf. They’ll do the testing, the certification and even connect with municipalities who may need to keep track of your business’ codes.

What will cause a backflow preventer to fail?

Backflow assemblies don’t last forever, unfortunately; and there are some key failure causes:
• Hard water is a big culprit of system failure, thanks in part to the naturally occurring sediments and deposits. Over time, they wreak havoc on springs, gates and seals, causing them to seize, rot or lose their flexibility. Any one of these things can result in a depressurized, leaking backflow preventer system.
• Bad weather can also destroy a backflow preventer: Sudden spikes or drops in temperature can cause a backflow assembly to fail. Freezing temperatures can cause a backflow assembly to crack, while a sudden heat wave can expand the seals beyond their capacities.
• Theft is a growing concern – the copper and other metals within the backflow assembly can be seen as valuable to scrappers. A theft prevention device is almost always recommended to help keep your backflow assembly intact and in place.

Do you need a backflow assembly?

Talk to Arizona Backflow Prevention. Call us today to schedule your evaluation.